An End and A Beginning 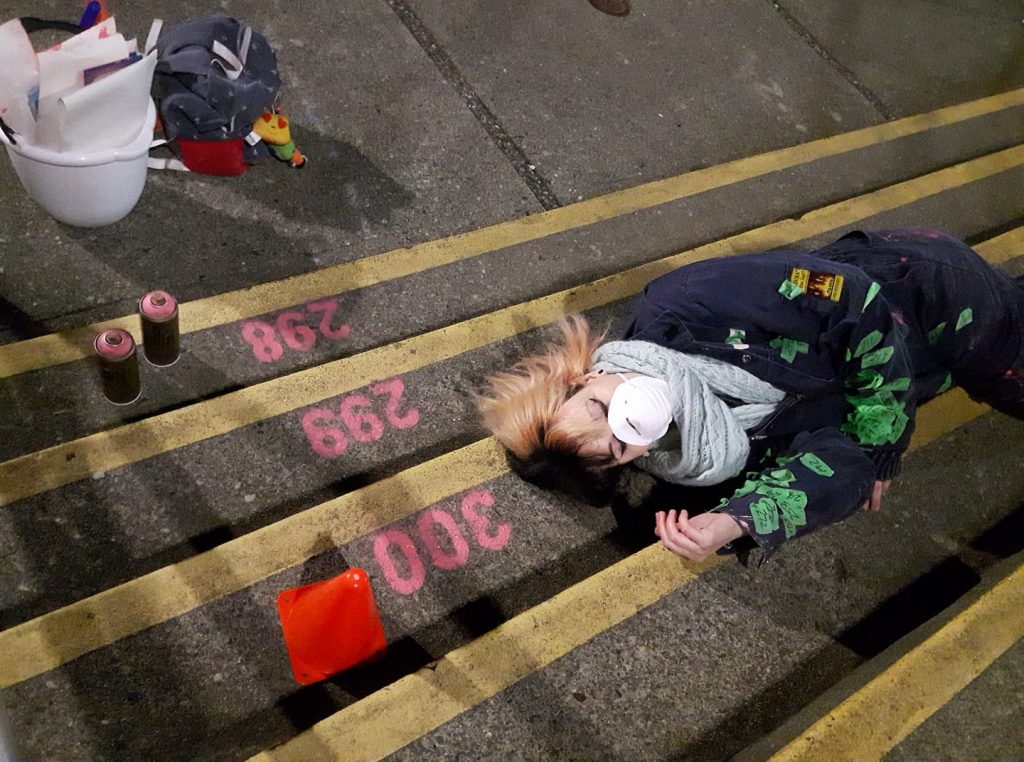 “… consider the work of art both as an end and a beginning. It is the outcome of an often unexpressed philosophy, its illustration and its consummation.”

An End and A Beginning is a performative installation created to activate the longest continuous set of stairs at Vancouver Island University (Nanaimo Campus). One sequential number was applied per tread, starting with the stairs by Building 193 (Students’ Union/Students’ Union Pub) and ending by Building 380 (Fisheries & Aquaculture). The numbers were applied on the right side of each staircase, and the stair closest to the bottom is the first in the series to mark the process of upward movement.

It took 6 days (35 hours) over the course of 3 months (January-February 2018) to apply numbers to all 403 stairs. This work reached toward ideas of progress, momentum, and endurance. The cumulative effect of the numbers and repeated gestures are meant to mirror the healthy habits developed during Cognitive Behavioral Therapy. An End and A Beginning invites viewers to consider the body’s response to struggle and ascension.

Continued on:  Wednesday, December 13 from 2PM-6PM

Continued on:  Thursday, December 14 from 3PM-6PM 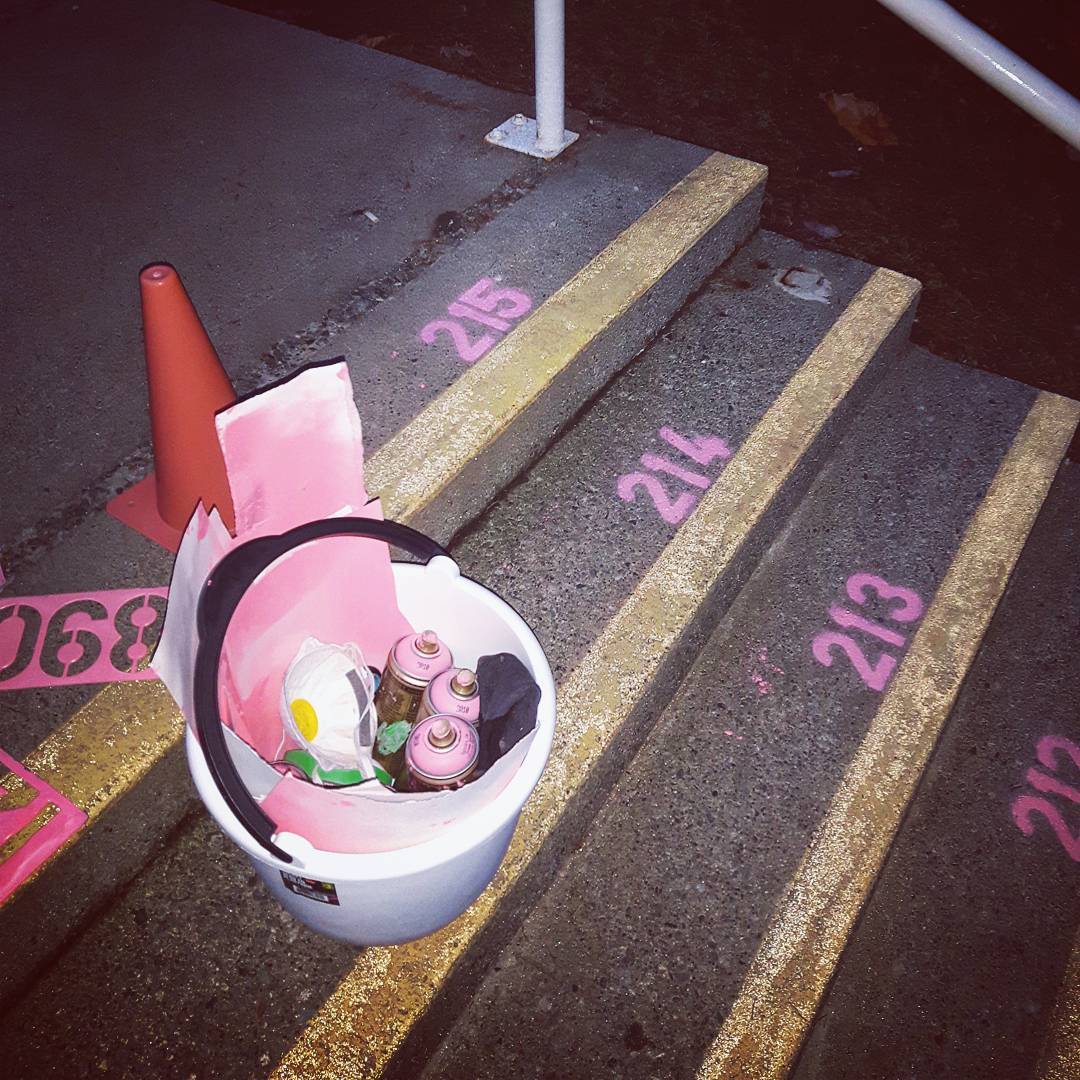 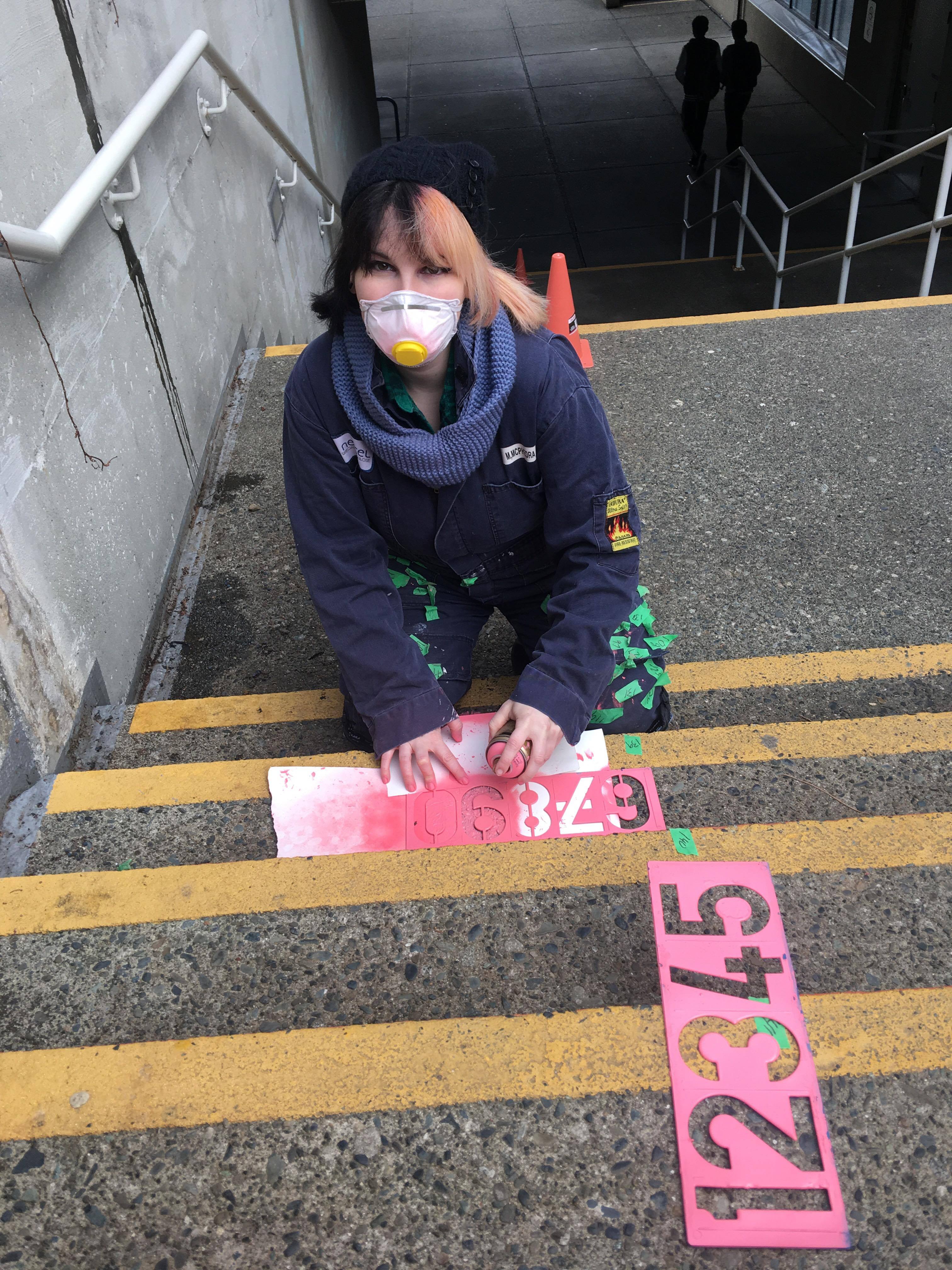